Growing your charity – in five easy (or not so easy) steps 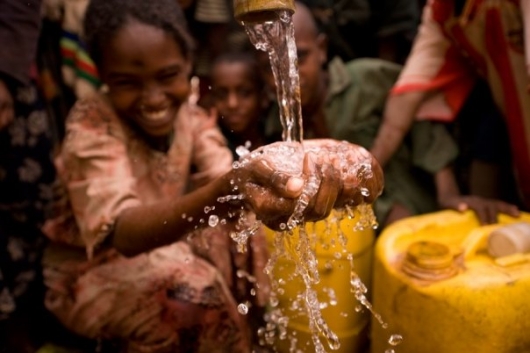 We work with a lot of charities on a regular basis. Some are small, some are big. Funding is a challenge everywhere.

Third sector organisations have to increasingly compete to stand out, to increase impact, to reach more stakeholders and to communicate their message more clearly so others can understand their value.

Here are five suggestions for doing so.

Growth Step Number One – Be bold

A charity leader told me recently that his job was to be a custodian for an institution that had existed for a 100 years, and therefore not do anything risky that could impact its existence for the next 100. Imagine if the private sector thought that – we would have no smartphones, no Facebook, no super-fast wifi, no Twitter, no electric cars and no NutriBullet.

Charities need to adapt, and stand out from the crowd, otherwise they may not survive another 100 years precisely because they do not take risks. This leads onto my next point.

Donors are donating more and more online. Having a good webs presence is crucial to attracting hits, new donors, selling tickets, making sure Google thinks highly of you and ultimately to having a greater reach and higher fundraising. Campaigns on social media are becoming more and more sophisticated.

Despite being cost conscious; most charities have no real idea of how much really good web presence costs. Charities pay 3-4x more for the same designer, developer, or SEO expert services in London or the UK than someone sitting in Ukraine, South Africa, India or Malaysia. This takes us back to Growth Step Number One: be bold in your procurement.

Are you running the organisation to make a surplus? Advocacy? Social impact? For the next funding pot? Often charities take on work because it comes with a funding stream from government. Charity leaders should go through a detailed theory of change and ensure that all levels in the organisation are bought into the same vision.

This sounds basic, but we see this time and again. I spoke to a charity a few weeks ago that told me the description we had of them on their Charity Clarity page didn’t make sense. I pointed out the text was lifted from their Charity Commission page, and website homepage. It turned out the CEO was not aware what his charity did for the last few years was never really communicated externally.

Growth Step Number Four – Focus on why you raise money, not how

How many of your friends have sent you a JustGiving link for a sponsored sky dive? Or for sponsoring a Dry January? Fundraising in different and unique ways is a real industry in Britain. Do you remember the Ice Bucket Challenge, which celebrities such as Rita Ora, Benedict Cumberbatch and Matt Damon took part in? You can probably name many other celebrities which took part, but can you describe the condition, amyotrophic lateral sclerosis, it was raising money for?

By focusing on the “how”, charities spend more on marketing and the feel-good factor, and think less about Growth Step Number Three.

A lot has been said on this over the last few years. Plenty of people will claim to be social enterprise “experts” and charge a huge daily rate. Work with people which approach your needs like a start-up business, holding your hand through the process and aligning their interests with yours. And be careful – social enterprise is not for everyone, and there is no one clear definition of it.