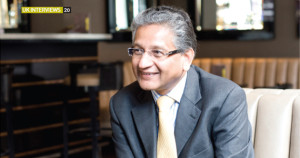 After the success of the Asian Voice Charity Awards, I am pleased that the event is taking place for the second year and based on the level of interest both from the charities applying and those attending the event, I am sure this event will now be part of the annual fixture.

As part of the judging panel, I feel honoured to be amongst an esteemed group of very experienced intellectuals who gave their valuable days in looking through the applications, deliberating on what were excellent applications within each award category and making that very hard decision to finally choose the winner.

The task becomes even more challenging when one assumes the responsibility of judging for the best amongst powerful applications and then systematically giving appropriate score for various attributes of the relevant charity. This took hours of time!

The judges were ably aided by the Asian Voice team who had organised the hard job of recording and collating all the applications which ran in to well over hundred.

Like last year Charity Clarity (www.charityclarity.org.uk) was the technical partner. It has proved to be an invaluable partner for the judges. All charity applications had to undergo the rigorous ratings analysis of Charity Clarity. This itself takes a few hours per each charity which involves using 17 different objective criteria and processing through a special programmed algorithm. The rating scores can range from 0 to maximum 5.

Charity Clarity is a unique independent charity rating body that provides an invaluable tool to all donors who may not wish to waste their donation and ensure that their donation is put to most effective use. Any donor can look up the database of charities already rated by Charity Clarity, which amounts to over 500 charities today and select only the best rated ones to donate to. The charities are also categorised by sectors and causes so that the donor can choose the cause he or she wishes to give to. Within each category , one can check the Charity Clarity rating and pick the highly rated feeling sure that such charities have met good standards. These standards will include criteria such as good governance, training of trustees, up to date financial reporting, chief executive’s cost versus funds generated, cost ratios etc. For a donor, these are important matters that they often take for granted assuming that a UK registered charity must already be working with very high standards. Unfortunately, this is not the case. Today , there exist charities which will not even score 0 with Charity Clarity that still exist but are able to collect donations from innocent donors. Giving is a matter of one’s emotional feelings. However increasingly donors also want to ensure that their donation reaches the very cause that they were emotionally attached to rather than the funds getting misused or utilised in administrative costs or poor governance. This is important.

All charities have a responsibility of good governance and proper accountability to enamoured that the funds they collect are reflective of their cost base and that maximum funds are properly discharged for the cause they stand for. Who checks on this? Who ensures that they meet such high standards? It is when you ask such questions and you draw a blank with the answers. Some will assume that as the relevant charity is registered, the charity commission is the regulator. This is not the case. Charity Commission will investigate only major and extreme cases as there is a huge volume of charities that are registered. Charity Commissions website show that as at 31 December 2016, there were 167,109 registered charities with total annual income of over £73bn.
Highest number of charities are small with annual income of less than £10,000. Of course Charity Commission is only able to look at what has happened or gone wrong. This does serve useful purpose but it can only provide a reactive role based on what has been filed or not filed or when someone files a complaint. In an approximately 3 year period from 2011 to 2014 there were around 150 investigations conducted by the Commission.

Charity Clarity helps the donor to find out more before making the donation so that he or she can make an informed decision. So it is more forward looking.

Charity Clarity also enables well run charities to have an opportunity to get an independent rating which they can use as a kite mark in their promotional activity as well as display on their web site.
Further a donor can link up directly to the relevant charity’s web site and make an online donation.

No donor today should make any donation without checking to Charity Clarity as it costs nothing. If relevant charity does not exist, then the donor should insist that the charity obtains an independent rating from Charity Clarity.

The judges have found the Charity Clarity ratings on all applicants incredibly helpful and essential tool in their work. Only the higher rated charities went on the short lists for the judges to deliberate on. After our independent judging, the panel sat together to further decide as a group. This was not an easy task and each one of us had to justify our decision to the others. I am happy to say that after some discussions we were able to reach a consensus. Today you will have the results!

The winners will of course enjoy the limelight of publicity but beyond that, a package of marketing, free consultation and other benefits. I wish the winners continued success in their good work. May the winners inspire others to strive to improve their standards. Clarity Clarity can help them with this. It is gratifying to see amazing array of charitable ideas and great people doing great work. That must always remain our ultimate goal.

Subhash Thakrar is Deputy President of the London Chamber of Commerce and a Partner at City accountants CBW Blackstone Franks. The firm is a full service accounting firm with specialism in taxation and corporate finance. The firm is also involved in asset management services.

Subhash has increased his focus on Africa recently. In particular, he is working on affordable housing projects in a number of fast growing African countries under the PPP model.

Subhash has extensive experience in advising and doing business in India where he has been a joint promoter of an Equity fund, a Real Estate fund and joint ventures with South African as well as Australian Companies involved in the infrastructure sector. Subhash identified the investment opportunities in India in the early 1990s when India was about to take off as an economy. He now believes that Africa is poised for similar opportunities.

CBW Blackstone Franks has associates internationally under an international group called MGI. The firm was the pioneer in the development of taxation software and is author to over twenty taxation and professional books. Subhash was invited by the London Mayor in respect of his objective to relate to Asian Businesses of London.

Subhash has led other missions for the London Chamber to East Africa and India. He has also participated in the missions led by the Prime Minsters Blair and Cameron as well as Mayor Boris Johnson and the Lord Mayor of London.