We wanted to test the hypothesis in Why Are We Doing This before we did any work. So we conducted an online survey, aimed at young people across Britain and distributed it through several youth networks.

Most of our respondents were 22-34 years old, equally split between male and female, with the largest contingent from the South-East of England.

We obtained 78 responses. 82% of participants said they had donated to faith- or community-based charities (the others were asked to base their responses on perceptions). Only 37% were confident the recipient organisations were well governed and transparent. 40% were confident they were in good financial health. A mere 21% were confident the trustees were well trained for their roles and selected entirely based on ability. The highest proportion for any of the questions, 46%, said they were mostly aware of how the donated funds were being utilised. 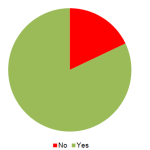 Do you donate to any charities within your community? 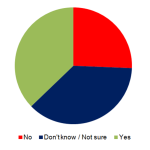 Are you confident the charities you are donating to are well governed? 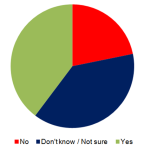 Are you confident the charities you are donating to are in good financial health? 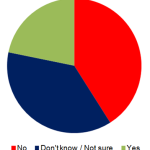 Are you confident the charities you are donating to have trustees that are well trained? 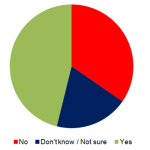 Are you confident you are (mostly) aware of how donation funds are utilised?

Some of the comments from respondents:

“I don’t give to any specific charity, I see all charities the same, regardless of faith.”

“I don’t think this is limited to Hindu charities alone and is an issue facing most donor funded spaces.”

“My charity just happens to be well managed – this is not always the case for some others that I know.”

“Esp when donations are cash or in-kind, difficult to judge what is happening with that money, and transparency is not present. Trustees often in their position for many years.”

“The community needs to be educated on asking the right questions to charities and holding them accountable for every penny donated. Too often donations are made out of tradition/habit.”