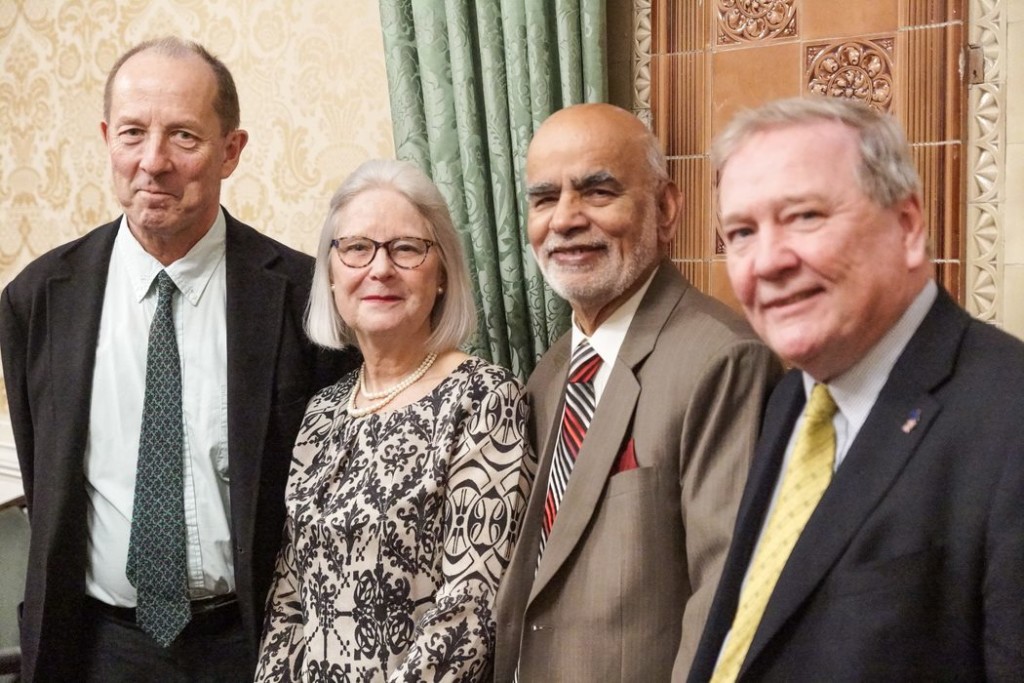 Unlike many London clubs that emphasise their exclusivity, the National Liberal Club claims to be “the most inclusive club in London”. With good reason. It was founded in 1882 by William Ewart Gladstone, then Prime Minister of the United Kingdom, specifically in order to recruit tradespeople and others who had previously been excluded from the upper echelons of clubland. Hence the building of the second largest clubhouse anywhere in the world, designed by the great Victorian architect Alfred Waterhouse, to accommodate more than four times as many members as the Reform Club, hitherto London’s great Liberal bastion.

Over the next few decades, the NLC attracted the most diverse membership ever seen in a London club. Among its 19th century members was Dadhabhai Naoroji, a Zoroastrian Parsee academic and leading figure in Indian nationalism, admired by both Mahatma Gandhi and Mohammed Ali Jinnah – another member of the Club. Naoroji, the first Asian MP in Britain, is commemorated in a fine portrait, as is Charles Bradlaugh, the first atheist MP. Aside from political leaders like Gladstone, Asquith and Lloyd George, the Club’s members in the early 20th century included literary luminaries like Bram Stoker, HG Wells and George Bernard Shaw. Other notable Indian members of the NLC were Gopal Krishna Gokhale, Gandhi’s mentor, and Sir C. P. Ramaswami Iyer, a household name in southern India, who actually died in 1966 in an armchair of the NLC smoking room, where he had been a member for more than 50 years.

During the Second World War, the Club received a direct hit from a bomb which demolished the main staircase and damaged a portrait of Winston Churchill. By 1950, the portrait had been restored and unveiled by Churchill himself, and a new spiral staircase built, the largest unsupported marble staircase in Europe, and one of the Club’s greatest treasures.

Hard times followed as club memberships generally declined in the post-war years, and in the 1970s the Club was brought to the verge of bankruptcy by a Canadian fraudster who had become its Secretary after being introduced by controversial Liberal leader Jeremy Thorpe. In between the scandals, the NLC became the first London club to admit women members, and I am proud to have succeeded our first female chairman, Janet Berridge.

After a quiet period following the millennium, the last five years have seen a remarkable revival in the Club’s fortunes, with the membership growing from 1,300 to 1,700, and the new intake featuring a much higher proportion of women and ethnic minorities.

The NLC has always prided itself on its international outlook and enjoys reciprocal relationships with more than 180 clubs around the world. For three years now, we have celebrated Chinese New Year, and in October this year, we shall for the first time celebrate Diwali.

Earlier this year, a 25-strong delegation from the NLC Commonwealth Forum went to India with NLC members Lord Diljit Rana and H.E. Kamalesh Sharma, attending the Republic Day flag-raising ceremony in Delhi on 26 January before visiting science parks, temples, mosques and state residences in Chandighar and Shimla – where Lord Rana was able to show fellow-NLC members round the Cordia educational campus he has funded at Sanghol.

Charity and the NLC are natural partners. One of our members, Sir Stuart Etherington, is to retire this year after 25 years as Chairman of the National Council for Voluntary Organisations, during which time its membership has grown from 400 to 14,000. On Monday, 20th May, he will give a talk entitled “Charities Uncovered”, in which he will reflect on his time at the helm.

The NLC is proud to be associated with this evening and looks forward to entertaining the winners of this year’s awards. A reception will be arranged to suit everyone involved. Anyone else who would like to visit the Club is welcome to contact me personally on rupert@claritywritingexperts.com.

Rupert Morris is a former journalist (staffer on The Daily Telegraph and The Times; assistant editor of The Week 1995-2004) and author of several books, notably Tories (Mainstream 1991) and The Right Way to Write (Piatkus 1998). For the past 20 years he has been running Clarity Writing Experts, writing speeches, editing reports and conducting workshops for clients in the public and private sectors. Since 2002, he has been conducting humanist ceremonies – weddings, funerals and baby namings. He qualified as a mediator in 2009. He is currently studying for an MA in Pastoral Care, with a view to chaplaincy work in prisons. Since May 2018, he has been Chairman of the National Liberal Club.