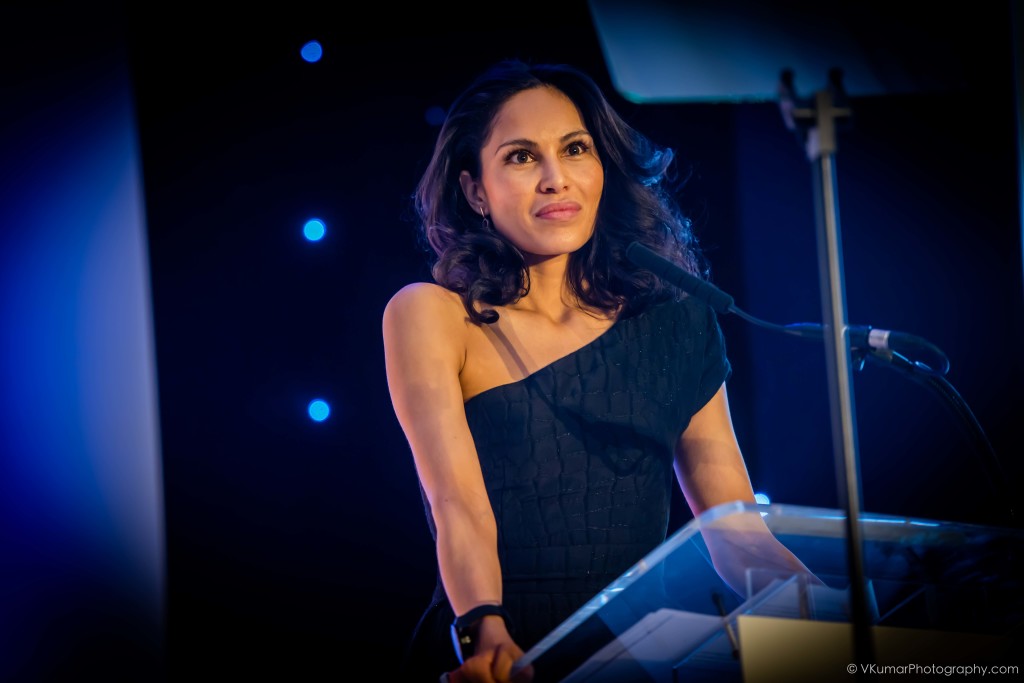 The theme of this year’s awards was around combating knife crime, an issue that has dominated the London Mayor Sadiq Khan’s agenda. The Chief Guest on the night was Mayor of London Sadiq Khan, who awarded the Editor’s Choice Award to the Damilola Taylor Trust, which provides inner-city youths in Britain with opportunities to play and learn, free from fear and violence.

Mr Khan touched upon the serious issue of increasing knife crimes in London and how charities play a big role in tackling these violent crimes. “While I am convinced London is the best city in the world, I am also not blind to the reality of the problems of this city and charities have an important role to play in filling in the gaps in the social safety net in recent years,” he said. “Violent crime is on the rise across the country, including in London. As Mayor, I am determined to lead from the front when it comes to tackling this issue.”

The Charity of the Year award went to Watford-based Paul Strickland Scanner Centre, an independent medical charity working to improve the lives of people affected by cancer and other severe medical conditions, and the Social Impact Award was presented to Child Rescue Nepal, which works on the ground to free children from slavery and captivity. Healing Venezuela, which helps relieve the sickness of patients in Venezuela through providing medical supplies and stress management programs, won the coveted Startup of the Year. The Most Enterprising Award went to Medical Aid Films, which brings together health experts with filmmakers.

Leah Chowdhry was named the Most Inspiring Young Person for becoming the first British Asian woman to swim the English Channel to raise funds to combat child trafficking in India. Most Inspiring Individual went to Amber Bauer from Croydon, who quit her corporate career to focus on helping refugees through her charity Donate4Refugees.

The Sarvam Trust, which facilitates and supports the work of the Sri Aurobindo Society to help the under-privileged in rural areas of India, was the winner of the Audience Choice Award. The Outstanding PR Award went to to the Oscar Foundation, who encourage leadership, teamwork and education in schools to help prevent young people from dropping out.

Former journalist Rupert Morris moderated a discussion by an eminent panel consisting of philanthropist Lord Rumi Verjee CBE, BAFTA winner Dr Carrie Grant, founder of The Media Trust Caroline Diehl MBE and CEO of the Centre for Social Justice Andy Cook, who shared their motivations for giving and civic engagement. Emphasising on the importance of charity, Lord Verjee said, “I am an immigrant in this country. We strive to be successful, and it is natural to give back to the society. In my life what I have realised is the more you give, the more you get back.”

The Asian Voice Charity Awards, powered by Charity Clarity are about rewarding charities that think big and solve the most pressing social issues of our time, both in Britain and globally. The Awards are in their fourth year, rewarding charities that seek to innovate and strive for excellence. The judges panel included Jonathan Townsend, CEO of The Prince’s Trust International, CEO of Vedanta Hedging Abhishek Sachdev and Subhash Thakrar, Chairman of Charity Clarity.

CB Patel, Publisher and Editor of Asian Voice, said “One of the ills that now plagues our community is knife crime, and this requires the collective effort of individuals, families, educational institutions and community organisations to put an end to the menace.”

Subhash Thakrar, said: “Like earlier years, this year’s winners represent the best of humanity. The Awards are absolutely unique in that each applicant goes through a rigorous Charity Clarity rating process before the very best are shortlisted for the judges’ consideration. It’s heartening to see the wonderful work people do every day to build the civic fabric of Britain.”

Over the coming 12 months, each of the winners will receive a substantial Winner’s Package courtesy of co-organisers Charity Clarity, which will include fundraising support, free consulting, training and exclusive invitations, in order to help the charities raise their profiles and grow. Forbes magazine called Charity Clarity “Europe’s first independent due diligence platform” for charities.