We believe there should be no street called “home” 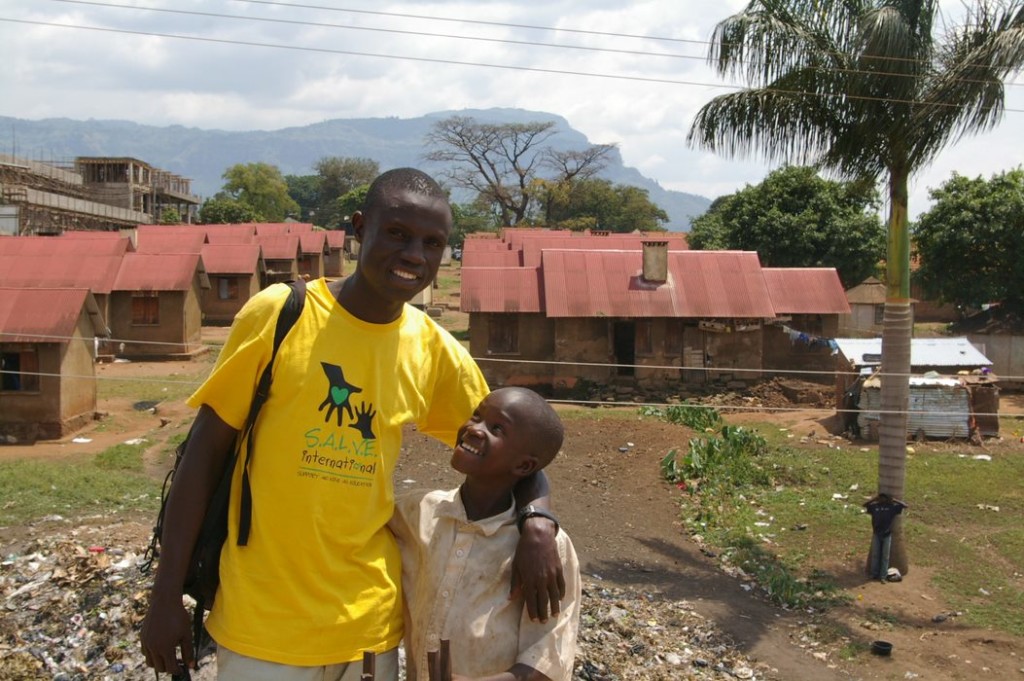 SALVE stands for ‘Support And Love Via Education’. We are a small education and social work charity supporting children living on the streets in Jinja, Uganda. We do this through counselling, care, family reunification and educational sponsorship.

SALVE International was founded in February 2008 as a UK and Ugandan partnership. SALVE started because we found it impossible to ignore the number of children living on the streets – many of them coming to the streets to work due to the extreme poverty their families were in. It was our passionate belief that something more could be done.

We started with an idea but very little money to turn that into a reality. Since 2008, we have slowly and organically grown, to be able to offer services to even more children on the streets and their families to build a brighter future.

There is a vibrant and active community of NGOs working in Uganda, but many of them (us included) face challenges in having the long–term sources of funds they need to be able to offer the high quality of service we would like to. This is further exacerbated by the scale of the problems we are all trying to solve. For example, since more than half the population of Uganda is under the age of 18, lack of money to pay for the rising costs of school fees is one of the biggest challenges families face. Ugandan also has one of the largest refugee populations in the world, with over 1.1m refugees as at the end of 2018.

SALVE is now eleven years old and has expanded to support even more children and their families. For example, we have opened a unique (only one in Uganda) Drug Rehabilitation Programme for children addicted to mafuta (aeroplane fuel) as a way of coping with life on the streets. In 2018 we supported 68 traumatised children who had been living on the streets to return home to their extended family, with an 87% long-term success rate.

We have started a partnership with pharmacy wholesaler JP Impex in Uganda, brokered through Charity Clarity, that we are very excited about. The partnership will enable us to buy pharmaceutical supplies at wholesale prices i.e. 30-40% less than the normal retail price. For every pound and shilling saved through this partnership, SALVE will be able to support even more children to have their chance to leave the streets.

We believe there should be ‘No Street Called Home’ and want to keep building on what we have started to benefit even more children and their families in Uganda.

There are more than 600 children living on the streets of Jinja and a further 3,000 out-of-school children who depend on the streets to earn a living and survive. We would like to expand our services to help more of these children, particularly homeless girls, as they are often hidden from sight due to their vulnerability to abuse. We also want to do more to support the families of the children we support, so that they can sustain themselves and prevent their children from needing to turn to the streets in the first place.

Nicola Sansom studied history at university and then went on to work for Oxfam and became a Founding Member of the Small Charities Council. She is a Close Social Fellow and an Entrepreneur-in-Residence at Lancaster University Management School. She founded SALVE International eleven years ago and couldn’t be at the Charity Awards tonight as she is in Uganda right now. You can find out more about SALVE International on their website at www.salveinternational.org.